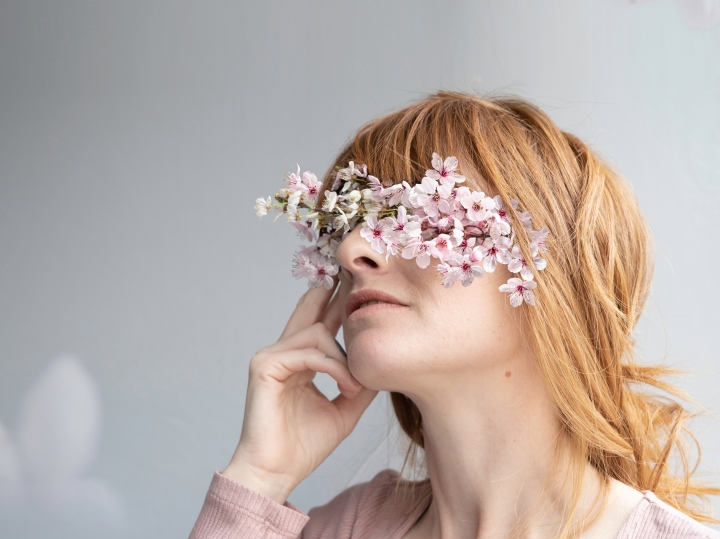 There’s an argument to be made that our stories begin at birth, as we enter the world outside the womb and gasp for our first breath. There’s an argument to be made that maybe it’s even earlier, maybe our story begins with our conception, if procedural traumatic memories can be traced back as early as the second trimester of pregnancy that certainly seems to support the idea that birth isn’t the beginning. I’ve heard an impassioned speech or two suggest life begins at 40 or 50 or 60… I would say there’s also a fairly solid argument to be made that mine began at 2 years old when I should have died but God saved me and set me apart but I’m not going with any of those, no, my story or at least the one i’m living now began at 31, sitting wedged in a tiny space on the floor between my bed and the wardrobe hiding from my husband, broken to the point I didn’t know how to survive another day, desperate and Googling, normally I’ll admit that’s a bad combination but just this once God saw my need and used Google to save me rather than convince me I was dying of some obscure disease to which there was no cure – seriously never google the symptoms of anything!

I had not long given birth to my third baby, my second son and a honker of a surprise, God I’m fairly sure sent him to save me and give me the strength he new I’d need to leave, because I certainly wasn’t planning on bringing another human being into the mess that I was living in. At first two kids under two, no sleep in two years, a 7 year old that also seemed to be slowly loosing himself and no one to help me navigate what was going on, or why it was we all seemed to be spiralling was a little overwhelming and more than I could bare. I want to say my husband at the time in question was slowly loosing his battle with drinking – I’m not sure why I want to say that I guess I want it to be like it was outside his control and that he couldn’t help it, because for a lot of people that is true alcoholism is a disease it was for my dad and for my grandad and it really takes the sting out of it when that’s the case, but the truth is it wasn’t a battle, he wasn’t fighting it and he wasn’t loosing it he was chasing it, as hard and as fast as he could, the reasons for this choice are long and complex and ultimately his is not my story to tell.

The truth is it hurt so much to watch because it wounded my pride, its like when you see people on the news and they always just say ” I know it happens but I didn’t think it would ever happen to me” I’ve always known that children of alcoholics are more likely to be in relationships with alcoholics, it’s something about finding security in the familiar and knowing it won’t kill you because you’ve already survived it. My grandfather was a mean drunk the war messed him up and there was no ptsd support back then so he tried his best to drink the demons quiet but only ever made them scream louder. My dad on the other hand had a big kind heart you’d have to be made of stone not to fall for but he too had his demons and tried to escape them in a bottle that ended the day as empty as he felt.

I knew all of this and foolishly thought knowing it would protect me somehow from becoming the statistic. It didn’t. I wound up repeating history and learning the hard way that if my children weren’t going to loose their lives to the same generational curse I was I’d have to be the one to break the chain.

So here I was starting my story at the end hiding behind the bed like a scared little girl hoping my husband wouldn’t find me and reading a blog on how to survive being married to an alcoholic, I didn’t even realise I was being abused at this point I just knew I hurt and I couldn’t figure out why, like I was drowning and couldn’t find where the water was coming from. No mater what I did how fast I scooped up the buckets, or how many holes I found and tried to plug the water just kept on coming until it crashed over me and just kept knocking all the air from my lungs.

So here I was reading her story thinking it was just the drinking that needed fixing and everything would be okay that maybe if I changed something or did something or was something different it would all be enough to go back to how things used to be, to when I was enough and not too much, when we had something good that made him happy and that somehow the white picket fence family dream I was sold wasn’t dead. I related to her story and was glad I read and found the 12 steps helpful but honestly I don’t suppose it would have made much difference in my life if it weren’t for one thing, a little grey box about halfway down that read

You intended it to harm me but God intended it for good what is now being done the saving of many lives.

I read it and something in my soul grabbed hold of it and threw itself on board. Maybe just maybe the God of my childhood was still with me, and maybe just maybe he could save me again. This wasn’t just a word it was my life raft in the storm, it was my moment and it became my purpose as I grew into my journey, it wasn’t a big sudden change where Jesus rode in, snapped his fingers and fixed everything, it took a long time learning to keep my head above those waves, and I still don’t always but it’s the reason I’m no longer hiding behind the bed scared out of my mind and praying not to be found but out here bleeding ink for the world to read.

4 thoughts on “When the beginning isn’t at the start”